The chicken is based on the “Whole chicken braised with pears and rosemary” in All About Braising by Molly Stevens.

1) Rinse, stuff, salt & pepper and bind the chicken. The recipe called for pears and rosemary. Instead, I quartered an orange and stuffed it the cavity with some dried local rosemary, then bound the legs with some twine to keep the orange sections from falling out.

2) Melt 1tb of butter in a dutch over, and after it finished foaming, brown the chicken on its four sides, about 4-5 minutes each side.  It may smoke. 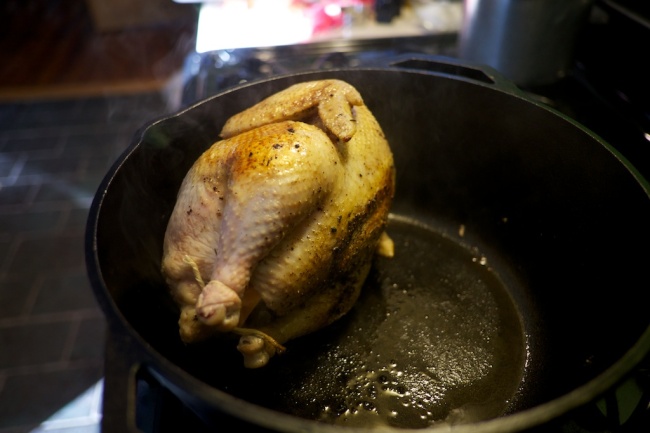 3) While the chicken is browning, chop onions, and peel garlic.  The recipe called for leeks and onions; I used a couple of onions from a farmshare, and a head of garlic, cloves removed, bashed and peeled. 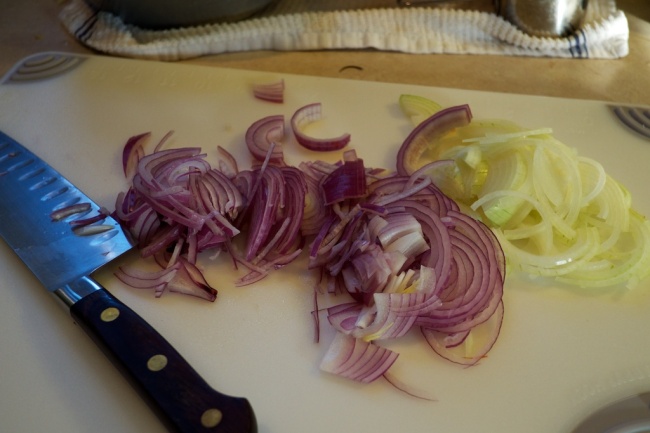 4) Remove the browned chicken, add another TB of butter 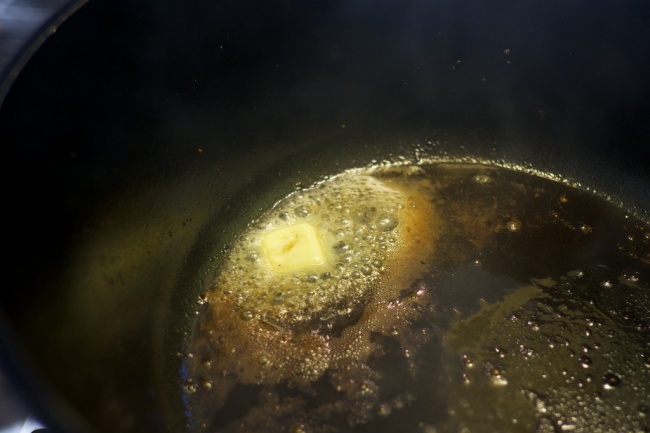 5) Add the chopped onions and garlic; sauté over medium heat until soft

6)  Add 1/4 cup of wine; reduce by half; add 1/4 c of stock + 1TB of vinegar; reduce by half.  The recipe called for white wine; I used red since that’s what I was drinking.  And red wine vinegar, since I’d used red wine.  For stock, I used a few ice-cubes of guinea-hen stock I’d frozen a few weeks ago.  I added potatoes; they weren’t in the recipe.

7) Put the chicken in the pot, cover tightly, baste periodically, remove when done.  I kept the liquid gently bubbling, on the lowest setting, and basted every 20 minutes; after 80 minutes, I checked the temperature in various places – it was 160F, which seemed a bit hot, but the chicken was moist.  If it looks dry, add a bit of stock or water. 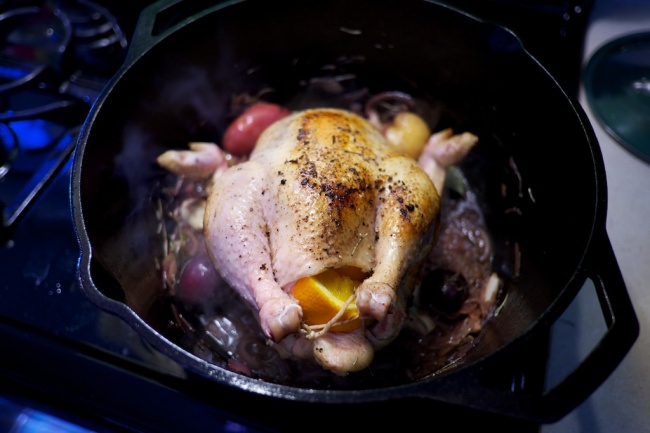 8) Prepare for the gravy.  I decided to use some Meyer lemons I’d preserved.  This is 1/4 of a lemon, interior scooped out, peel thinly diced.

9) Cook the parsnips and carrots. I steamed them.

10) Let the chicken rest while preparing the gravy.  This is not a recipe for crispy skin. 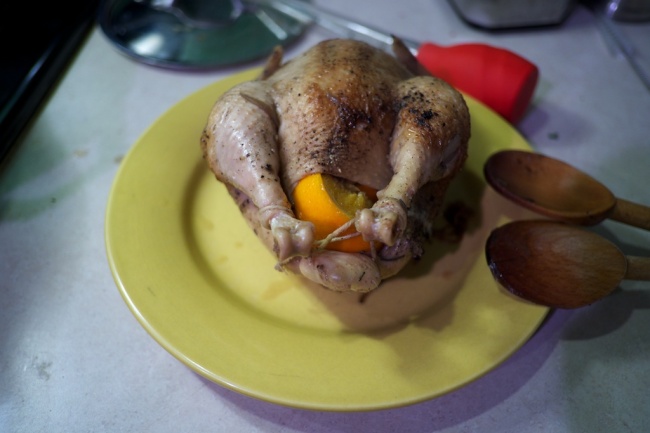 11) Reduce the braising liquid and vegetables over high heat

12)  Prepare the carrots, parsley and chives.  I’d hoped the food mill would mash the roots; instead it just drained liquid and didn’t do much mashing.  I chopped these by hand.

14) Strain gravy once reduced.  Continue to reduce until very thick. 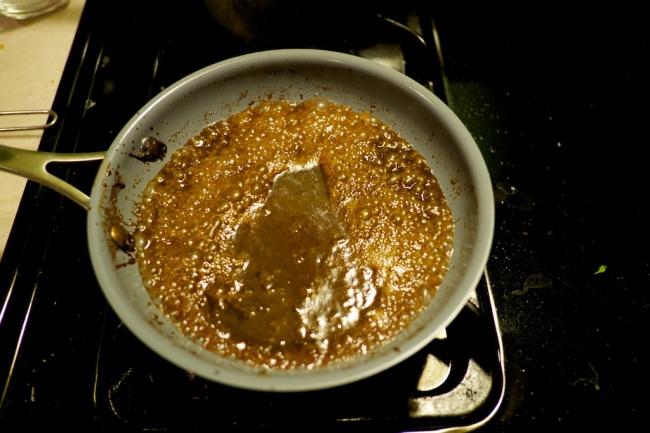